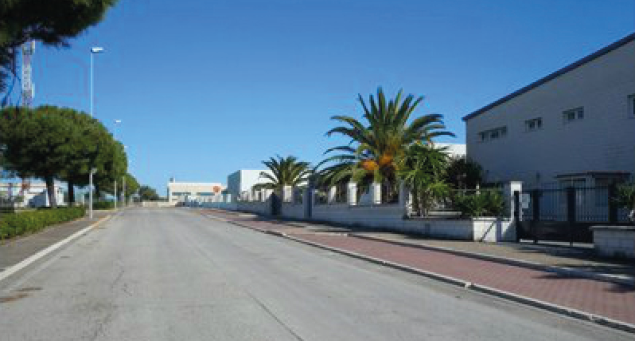 OPEN SPACE TO THE SCIENTIFIC AND TECHNOLOGICAL COMMUNITY

Life without plastic would mean going 100 years back in time

EsPlasticos is born with the aim to spread the benefits of the plastic industry and also to fight the improper management of waste.

The plastic industry has begun to work towards showing that plastic can offer more solutions than issues to the current society, and it is highly concerned with the ending of the issues related to the waste it creates. For this reason, a new initiative in our country has been created, called EsPlasticos.

The platform arranged a meeting in the editorial office of El Confidencial where a number of solutions were taken into consideration in order to appease the issues derived from the improper use of plastic waste. “Thanks to plastic, we are able to help mitigate climate change. If we substituted all the plastic packaging for ones made from other materials, we would use four times the amount of materials, consume double the energy and multiply by three the emissions to the atmosphere”, argued Ignacio Marco, general director of PlasticsEurope, the European Association of Plastic Raw Materials Producers.

EsPlasticos is born with the intention of “grouping and joining efforts to fight the issue of waste in the seas. It is an issue concerning all of us and thus it should be solved by all of us”, he said. With this initiative, the plastic sector intends to speak to the general public about a “transversal industry”, provided that there is no sector which does not depend, to a bigger or smaller degree, on this material.

One of the myths which this platform is aiming to end is the general believe that plastic does not have recyclable value. “In the last 10 years, the amount of plastic recycled in Spain has been multiplied. From half a million tonnes, we have reached 1,075 million tonnes in 2018”, added Isabel Goyena, general director of Cicloplast. According to the numbers provided by Goyena, our country is the second one in Europe to recycle the biggest amount of plastic, but also she desired to address some words to those against the use of plastic: “From 129 million tonnes generated by society, only 2 millions are plastic”, she stated.

The plastic industry in Spain groups 3.132 businesses, where 98% are SMBs, which provide employment to more than 90.000 people. “This translates to the 21% of the manufacturing industry in Spain, which is the 2,7% of the GPD and also generates quality employment, with the 93% of it being indefinite contracts, and a average salary which is higher than the average in the sector internationally, and furthermore, widely spread throughout the whole of the national territory, which helps to ease the phenomenon know as “emptied Spain”, said Luis Cediel, general director of the Spanish Association of the Plastic Industry (Anaip).

The issue of waste

One item which all the speakers agreed on was the need to manage the waste in a proper manner to avoid the images that have been flooding the media in the last few years, where this waste can be seen cramming the seas. The issue, they pointed out, was not in plastic itself, but in the unawareness of the people and businesses which do not recycle.

“80% of the plastic which reaches the seas comes from land, due to the fact that they have been used for far too long as waste dumps. We need to stress the need to improve the behaviour of society. However, it is also important to note that only 1% comes from Europe, while 55% of this waste comes from Asian countries. This is a global issue which must be solved with the application of global solutions in local areas. Just reducing the emissions from Europe Will not solve the issue. The Mediterranean is one of the most polluted seas, and its main waste entrance points are the coasts in Africa and Asia”, explained Marco.

One of the global solutions which can be applied locally roots in boosting the idea of eco-designs in the industrial processes. It was further explained by Jose Antiono Costa, director of the Technological Institute of Plastic (Aimplas): “We have to check that the alternatives won’t make the problem even worse. We are witnessing such startling things, such as packaging water in cartons, which ultimately has a plastic layer, followed by an aluminium layer and finally a paper layer. Eco-designs are a crucial part of circular economy. Nowadays there are plastic water bottles which almost bend in you hand. We have managed to maintain the usage and safety of the product, and at the same time reduce the thickness of the packaging”. The speakers also reminded the public that plastic has the capacity to go through recycling plants in numerous occasions, boosting the concept of circular economy.

“Countless benefits for our day-to-day”

The speakers also desired to make emphasis in the progress associated with plastic since its first appearance a century ago. “Life without plastic would mean going 100 years back in time. Life expectancy a century ago was 32 years old, nowadays it has increase up to 83 years old. Today, it is unconceivable to have a hospital where no plastic is used, and moreover this material has made possible the obliteration of bacterial infections”, stated Cediel. Costa also wanted to stress the importance of plastic in modern medicine: “More than 50% of disposable products is made with plastic”. However, there have been advances in other industries, not just medicine, “we have developed an electricity conducting plastic which is able to generate heat, increasing up to a 35% the autonomy of a vehicle’s battery”, stated the director of the Technological Institute of Plastic.

Costa numbered two items which make this material special: the energetic cost of production and its low price. Both items also related to a key topic: climate change. “The properties occurring can be compared to ceramics or metals. However, plastic is processed at 200 or 300 degrees, whereas glass needs 1.500 degrees to be processed. This lowering of the energetic cost translates to a lowering of the emissions of CO2. Weight also plays a part in the impact of these emissions, since it has become possible to create lighter planes and cars”. According to the speakers’ statements, plastics have allowed to reduce 35% of the weight of planes, with its consequent saving of energy.

Bollards, cycle lanes, pens or packaging are some of the products and objects which can be manufactured with recycle plastics. “The industry is being reinforced by the purchase of machinery which allows the usage of recycled plastic. It will be a bonus which will promote the earlier-mentioned circular economy – remarked Goyena -. It is essential to cooperate with citizens and public administrations. We have a challenge ahead: introducing in the whole of Europe 10 million tonnes in the manufacture of new products. We are aiming to create the biggest number of products with recycled materials”. These products will provide a reason for this circular economy, which, according to the speakers, cannot dismiss the role of plastic as an economic and social engine.